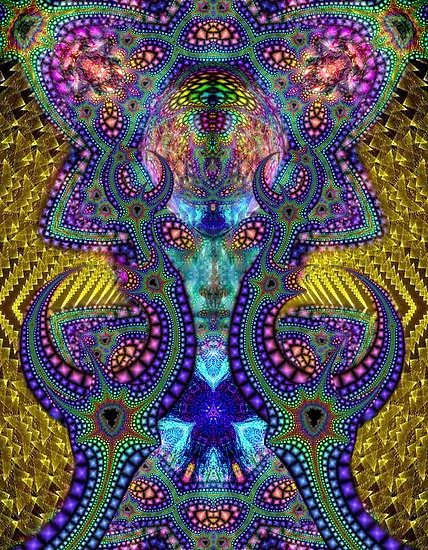 Let’s take a kid that grows up in a home where the father is liberal and the mother a bit over protective. This kid goes to school where they tell everyone that sex is for heathens, that alcohol will make you fat, and that marijuana kills. Eventually this kid gets halfway through high school and tries a drink. Finding that it didn’t make them fat they try some marijuana. Still alive they try out some psychedelic mushroom to discover that the experience is more than amazing. Eventually this kid get to college where they are confronted with an assortment of powders, liquids, and everything in-between. Having the intuition to sense the guiding light that seems to be associated with the word psychedelic, our kid takes a hit of DMT.

Humans have long known about DMT and have used it through the ritual practice of ingesting ayahuasca, which has been going on for at least the last 5000 years. DMT is the active ingredient in ayahuasca which gives the drink its psychedelic properties. When the Jesuit missionaries first discovered the practice of drinking ayahuasca the reacted by calling it a “diabolical potion” and prohibited the indigenous from continuing their practice. When the missionaries asked medicine men how they discovered the drink the medicine men replied “the plants told them how to do it”. Considering the complexity that goes into the process of making ayahuasca, the plants make a compelling argument. DMT is produced naturally in the body (somewhere) and is found in most living things to greater or lesser degrees. Today pure DMT can be extracted, most commonly from the root bark of the Mimosa tree which has the highest concentration of DMT contained within (about 1.7%).

The experience of smoking pure DMT feels like something out of this world. Visions of intense fractalization accompanied with a ringing that could be music. Some common reports of the experience are of talking with entities that are able to communicate with the user in ways that are far and beyond words. Words like machine elves, the green lady, bug people are all commonly used in describing the experience and, there is even an effort being made to create additional lexicons with the hopes of expanding upon the human ability to describe the experience. We still have a long ways to go.

My first experienced of smoking DMT started out with a loud ringing in my ears as well as the fractalization of my vision. The ringing gradually grew louder as well as the fractalization until I could no longer decipher my old reality and was forced to submit to the chaos of the experience. Eventually I had to close my eyes and lay back in the chair I was seated in. In my minds eye I was washed over by a wave a green light that then transformed into a green female entity who I realized was the creator of the ringing. The ringing then became arpeggiated and morphed into the most beautiful song I have ever heard in my life. It was like this green lady could communicate with all things that use DMT. Not only was she communicating with all form of life on earth but also with other forms of life throughout the universe and she was able to communicate the wisdom of her experience to me through song. I was in awe of this lady for what felt like 20 minutes before I came back to my body to see my friends again, all chillin in the room around me. I was left with the feeling that something very important had happened, and that I had learned something great. In the same way that a truly awesome experience effects the user, the afterglow of the experience lasted for a considerable time as I at least believed that I had unlocked new abilities within myself.

There is something amazing and strange going on with the experience of DMT. I can’t say if I believe it is the source of all spirituality, as some people do, but I do think it’s worth investigating. Research on the substance is only just now getting started and even then most do not believe that the field of neuroscience is up to date enough to make real progress in explaining what is happening. As humans, we have much to learn about the space we exist in and as long as there remains mystery in the universe, then so shale humans explore. I highly recommend the experience that DMT has to offer.

Good luck on your search my friends.